History of the Nanaimo Chamber Orchestra 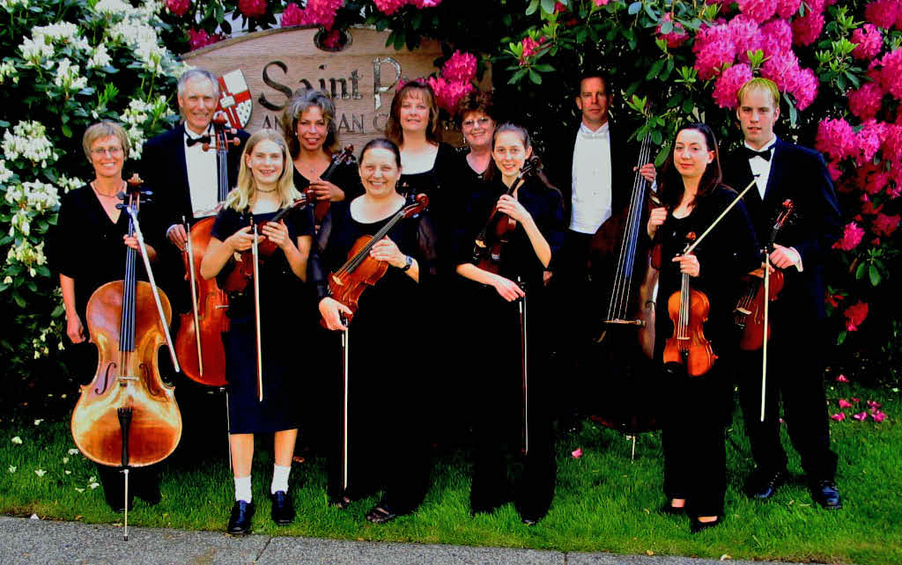 The Nanaimo Chamber Orchestra, spring 2004, under the direction of Roni Wagner (centre front)

In the summer of 2003 Chalium Poppy, then musical director for St. Paul's Anglican Church in Nanaimo, ended a summer season of musical events with a small string orchestral concert involving local professional musicians, amateurs and students.   Poppy then departed Nanaimo but the string players felt the desire to continue.  That fall, with the support and co-operation of local talented musicians, the Nanaimo Chamber Orchestra was formed under the direction of violinist and violist, Veronica Wagner, a teacher with the Nanaimo Conservatory of Music.  In the spring of 2005 Ms. Wagner relinquished her post and involvement, and violinist, Karl Rainer assumed the directorship.  Karl had recently arrived in Nanaimo from Kitchener-Waterloo, Ontario where he was active as violinist, Concertmaster and Musical Director of the Kitchener-Waterloo Chamber Orchestra for over 20 years.
﻿﻿